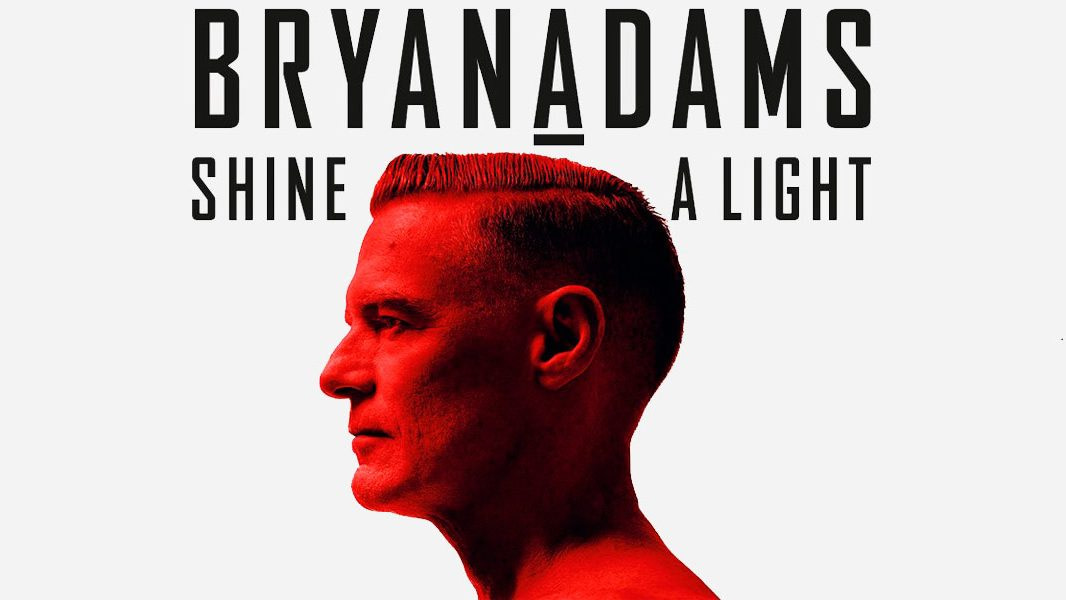 Tickets can be purchased now through the internet at: entradas.com, compralaentrada.com and viagogo.es. The tickets range from €37 to €45 plus management costs. The doors will open at 20:00, being 22:00 as the chosen time for the beginning of the concert.

It is rare to see international artists like Brian Adams in our area with the work overalls, Of course it is to be grateful not to have to travel to Madrid or Barcelona. On December 3, Brian will present to the audience its latest album that gives its name to the tour  “Shine a light“. 12 new songs including the collaboration of Jenifer Lòpez wit his song “That’s how strong our love is“.

In more than 30 years of career Bryan Adams has managed to sell more than 100 million records. He has been number one in more than 40 countruies. He has put music and soundtrack to several movies and was even winner of a grammy award for the best song written for a movie: “everything I do I do it for you” in 1992.

Bryam Adams sells 50% of Murcia tickets in the first 24 hours.

Considered one of the best composers and singers of international pop rock, he has several successes such as “summer or 69”, “please forgive me”, all for love”, with English Sting or “it’s only love” with Tina Turner, putting soundtrack to several generations.

Surely next to the new songs falls some classic of the above mentioned in his Spanish tour. It is certainly one of the best concerts of the season in our area. To top it off, the signed collaboration of Bryam with DHL, to plant a tree for each ticket sold on the tour. According to Bryam, “this collaboration comes from the need to take care of the planet as much as we can”.

As every year, February is full of color, music and dance with the arrival of the Torrevieja Carnival. Declared of Provincial tourist interest since 2012, it is undoubtedly one of the best events of the year in the city, this year also with some new features.

Zenia beach is once again the seat of the nacional beach handball championship for the second consecutive year, sand 1000 beaches, with the participation of 110 teams, in which male and female teams will participate in all categories.The first matches you can see on Friday, July 5 from 10 O’clock in the morning, with the…

Today we bring you the information of the creative writing workshop that will be held in the next days in our city. A free activity for children from 9 to 11 years old and that we believe from the administration has not been given enough importance. The activity will be in the Municipal Library (Joaquin Chapaprieta street,39…

The 74th edition of the cycling tour to Spain is here. This important event will be held between August 24 and September 19 and it will put our dear locality on the Spanish map. This year for the first time in its history, Torrevieja will kick off this great event. A total of 3272 km will…